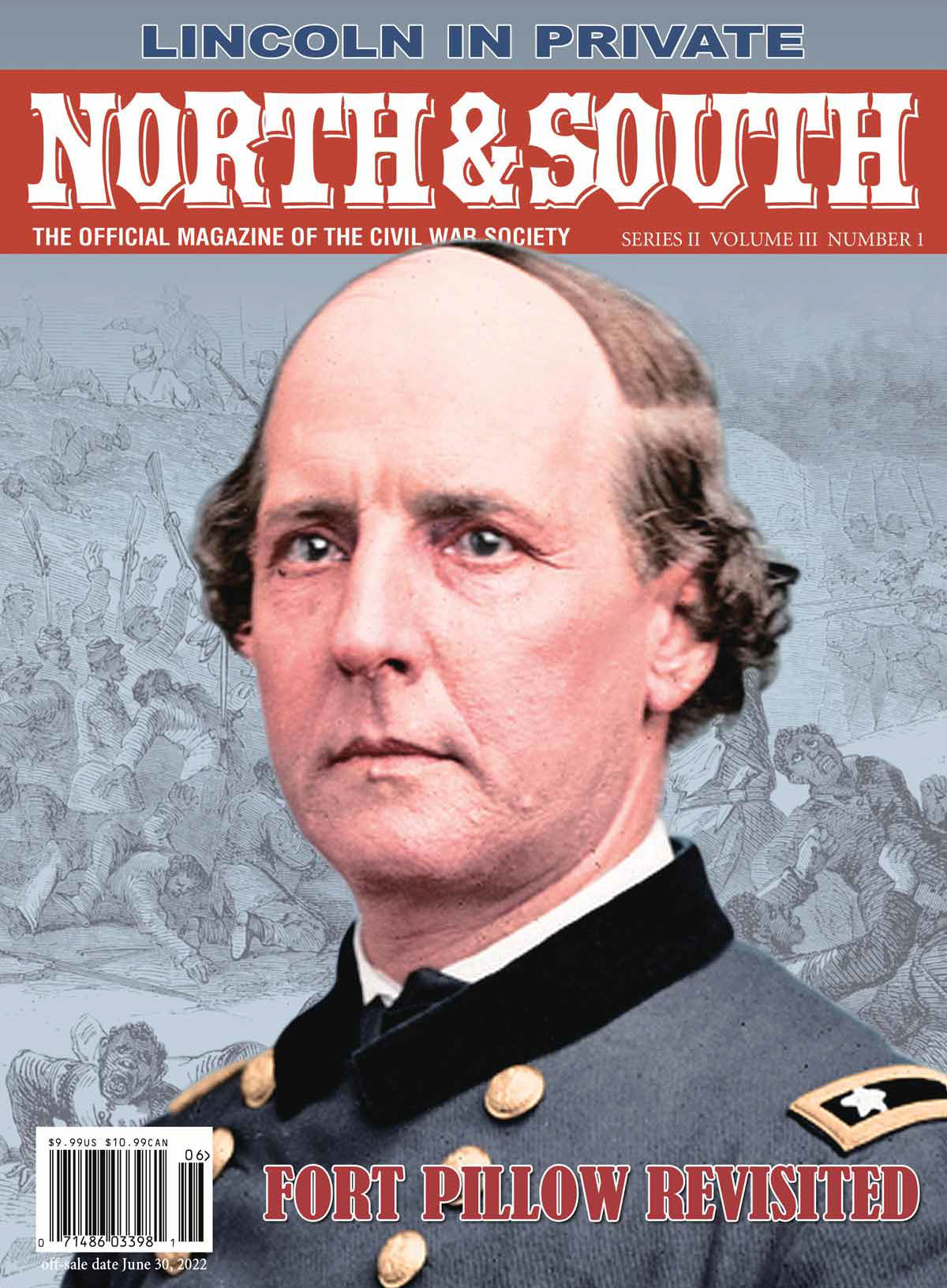 To place orders
please click one of the following
SUBSCRIPTIONS
MARKETPLACE 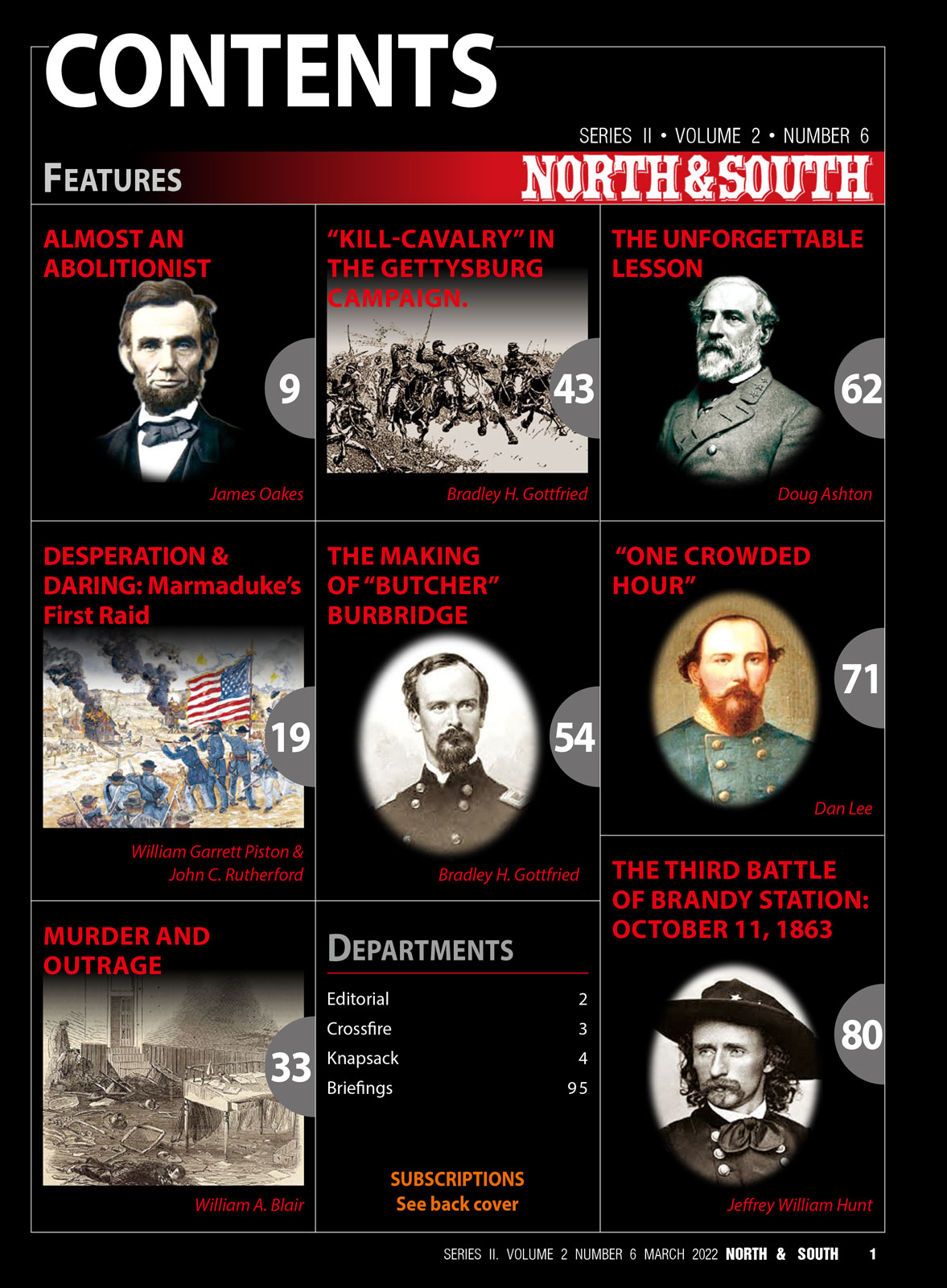 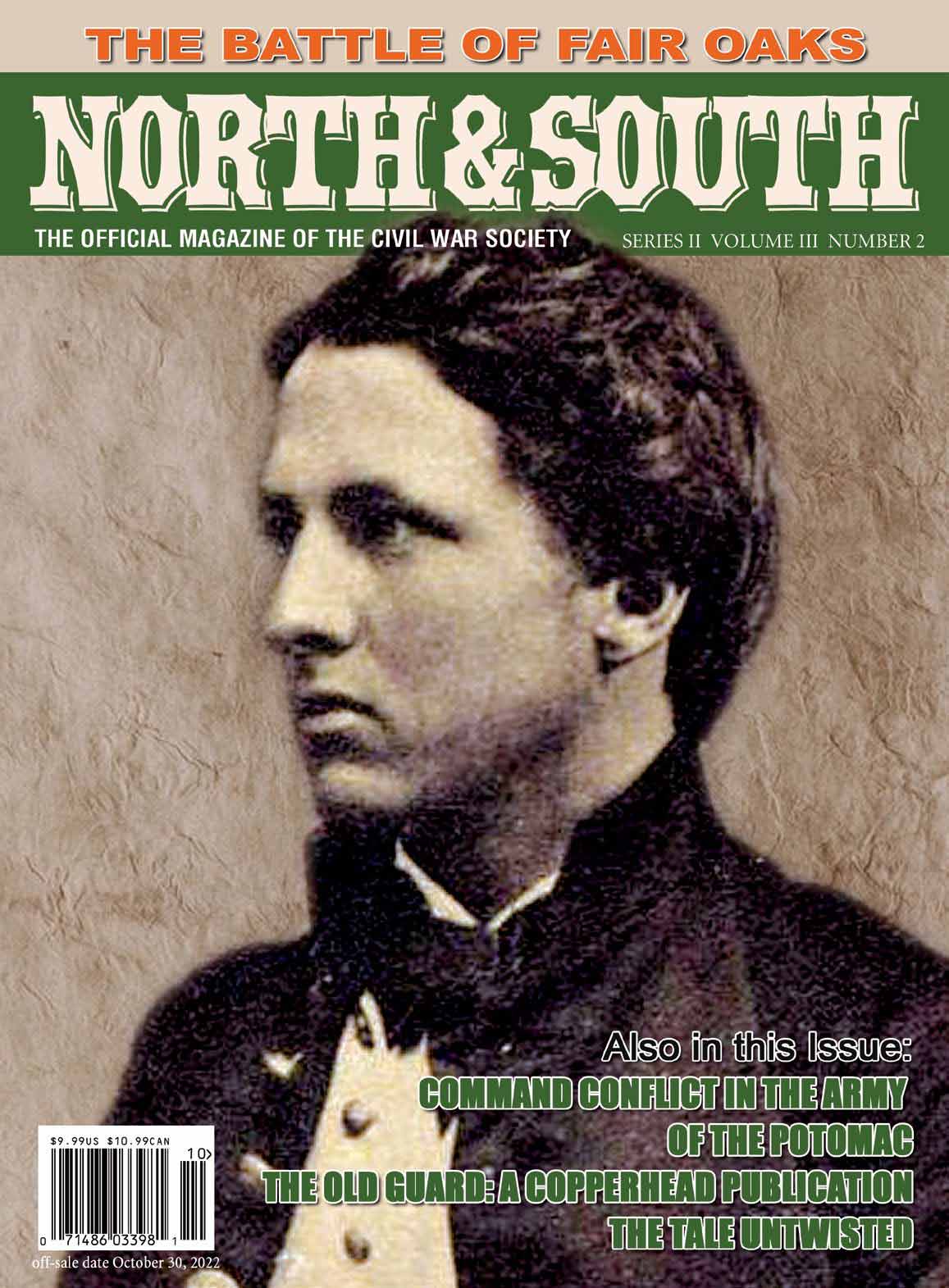 . . . I received the link to the latest North-South issue. . .  you are not only beating the competition, you are annihilating them. The issue was fantastic! . . . There are eight major articles, all with exceptional content, photos and/or maps—it is just incredible! America’s Civil War and Civil War Times each have just two feature articles . . . Your magazine is the only magazine for serious students of the Civil War . . .

North & South is dedicated to the proposition that popular history need be neither trivial nor inaccurate. Appearing twelve times a year in digital form, each issue is packed with ground-breaking analysis and discussion by a veritable who’s who of top historians, covering every facet of the Civil War—causes, secession, strategy and tactics, battles and leaders, politics,  weapons, economics, irregular warfare, the home front, military intelligence, and more . . .

Starting in May 2019 series II issues also have an additional, five-year mission, to arrive via its articles at a definitive view (so far as is possible!) of each of the major controversies concerning the Civil War, together with clear statements of contrary views. These will form the major part of an overview of the Civil War, to be published in book form in 2028-2029.

Each issue of North & South is packed with ground-breaking historical analysis and commentary. In addition to the articles plus the regular features: Knapsack (a potpourri of fascinating Civil War facts, Civil Warriors (a look at little known participants in the war: soldiers and civilians, women and men, black and white, slave and free), Briefings (book reviews), and Crossfire (a lively exchange of readers’ letters). 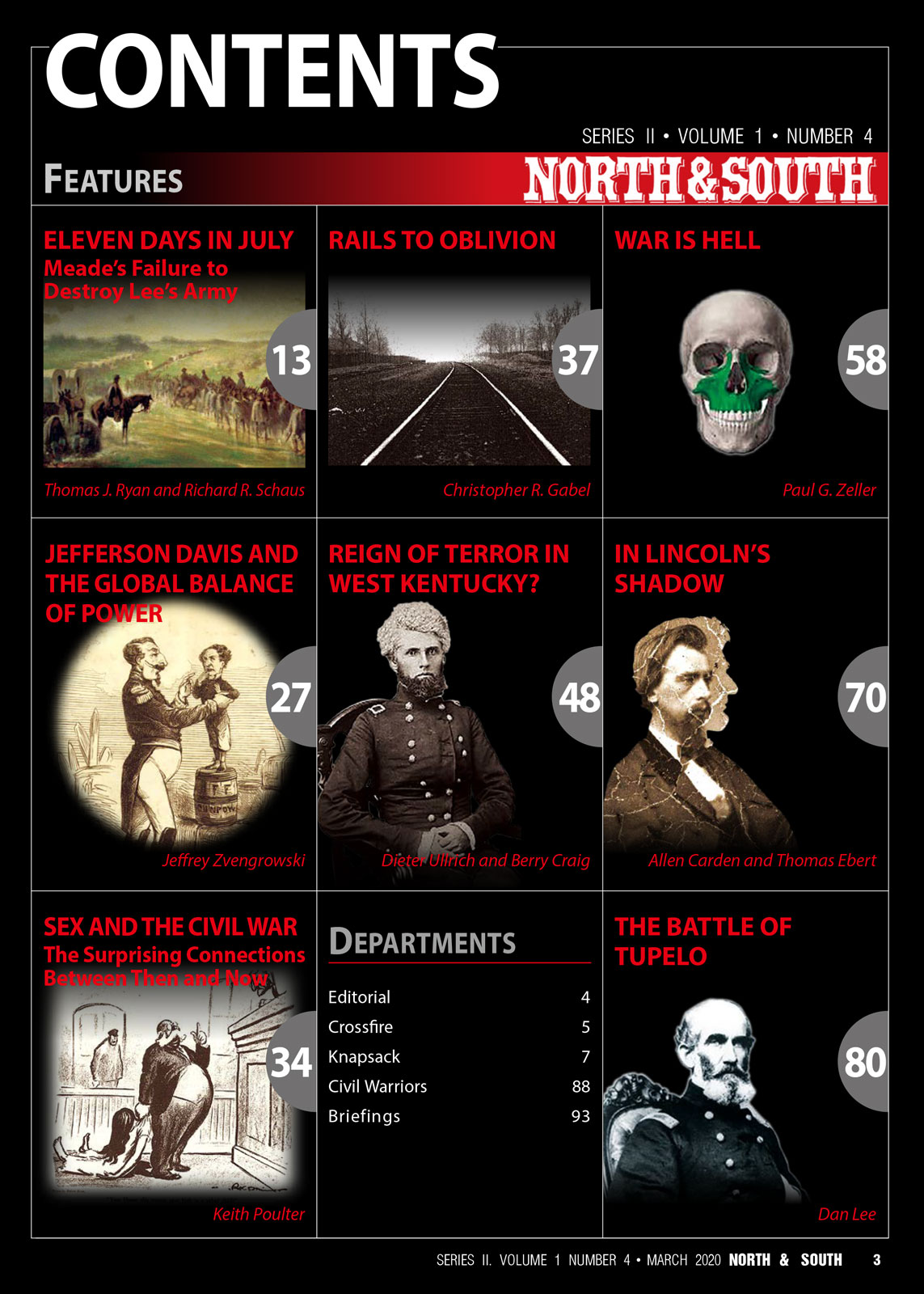 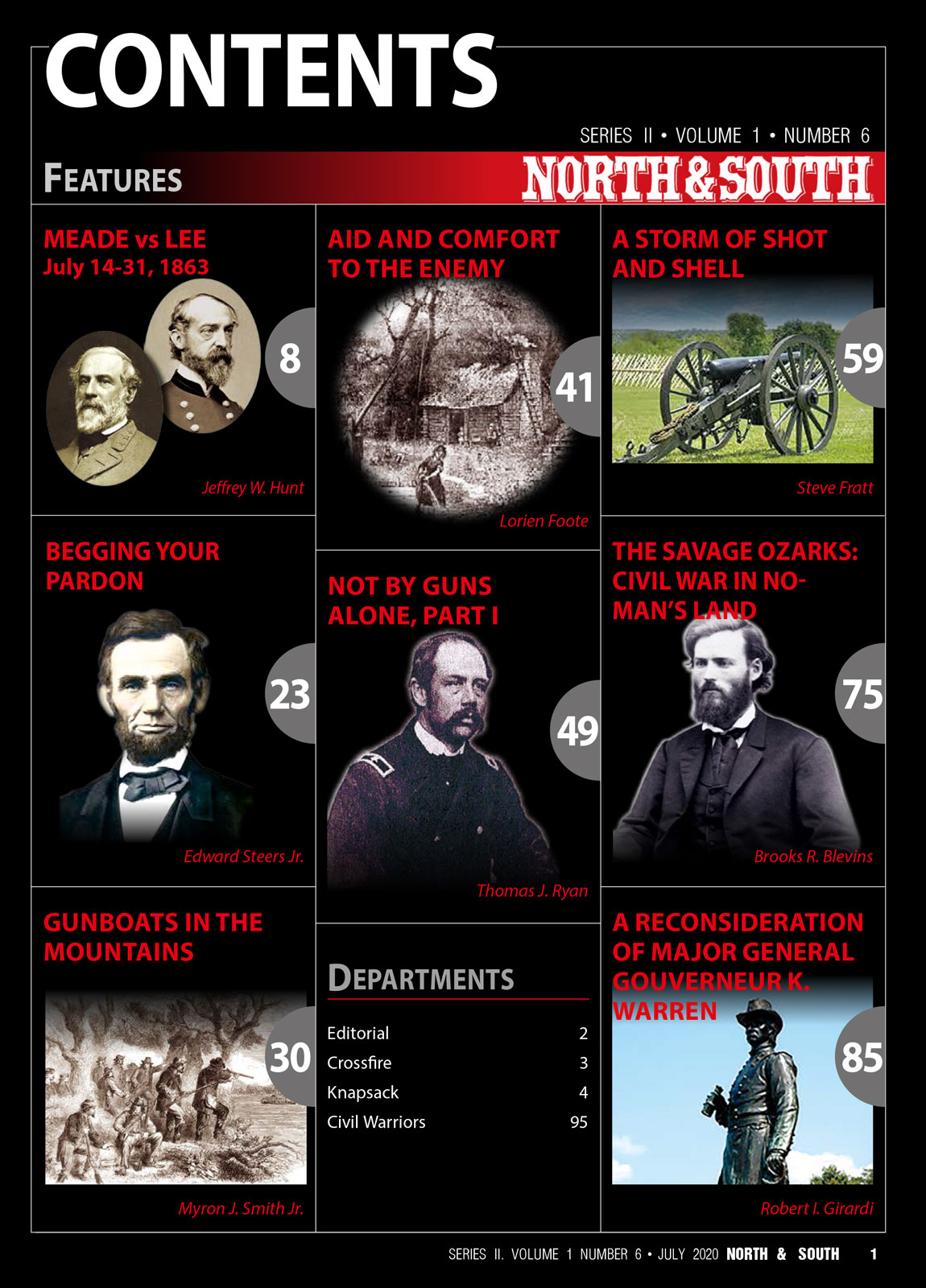 “North & South is an outstanding source of information on the Civil War, and an invaluable acquisition for anyone interested in the war.”
Pulitzer prize-winning author of Battle Cry of Freedom and past-president of the American Historical Association

“Truly impressive . . . combines all that is best in Civil War publishing,”
Author of Jefferson Davis and His Generals

“Ho hum, I thought, another magazine. But then I saw it, and it’s the best I ever saw. Fabulous!”

“If you read only one Civil War magazine, make it North & South.”

“Fantastic. I learned more from your pages in one year, than 25 years of the other.”

“What I like is that you are interested in history, not the propaganda of North or South.”

“There never was a Civil War magazine like this.”

North & South magazine is widely regarded as the best Civil War magazine ever published. Packed with ground-breaking analysis and discussion by a veritable who’s who of leading historians, its feature articles alone are the equivalent of more than 500 condensed books covering every aspect of the Civil War—causes of the war, secession, politics, strategy and tactics, battles and generals, weapons, economics, irregular warfare, the home front, military intelligence, etc., etc.

Whatever facet of the war you are looking for—from Confederate school books to early attempts at biological warfare to wartime journalism to the role of the churches in secession—it can be found in the pages of North & South.

The new digital version is a mini-Civil War library unto itself, with the added advantage of being in the form of searchable PDF files.

“What I like is that you are interested in history, not in propaganda of either North or South.”

“Series I is an outstanding source of information on the Civil War, and an invaluable acquisition for anyone interested in the war.”
James M. McPherson, Pulitzer prize-winning author of Battle Cry of Freedom and past-president of the American Historical Association